ADHD (Attention Deficit Hyperactivity Disorder) affects 1 in 20 Australians. In looking for new treatments, affected families and individuals are turning to cannabis. In this article, you’ll learn about traditional treatments and what the research says about cannabis as a treatment for ADHD.

In this video, Dr Hannah Kirk explains traditional treatments for ADHD and what the research says about cannabis as a treatment for ADHD.

Note: if your child has ADHD and you’d like to be a part of a non-pharmaceutical Virtual Reality clinical trial by Monash University to help improve ADHD symptoms you can read more below. Click HERE

In this article Dr Hannah Kirk, a developmental neuroscientist at the Turner Institute for Brain and Mental Health at Monash University explains traditional treatments for ADHD, and what the research says about cannabis as a treatment for ADHD. Here’s what the interview covers:

How many people does ADHD impact?

What are some of the signs and symptoms of ADHD?

How is ADHD diagnosed?

ADHD is diagnosed when an individual meets three conditions:

What are the traditional treatments for ADHD?

There are some non-stimulant medications as well as non-pharmacological treatments too. Atomoxetine is a non-stimulant slow releasing medication which is now also used to treat ADHD.

What are the side effects of traditional treatments for ADHD?

Some side effects of traditional ADHD treatments are decreased appetite and sleep problems. As with most medications, the results vary depending on the case.

It’s the same with medical outcomes – some children might find this medication to be incredibly effective, whereas other children might be unresponsive. It’s not uncommon for patients and doctors to change medication, dosage and treatment plans to find the most effective treatment.

Are there non-pharmaceutical treatments for ADHD?

Recently there’s been a shift to start develop more non-pharmacological treatments. These treatments comprise of either behavioural or cognitive interventions. At the Turner Institute for Brain and Mental Health and Monash University, we’re developing some cognitive training interventions.

These interventions target some of the core cognitive difficulties that we know are present in children and adolescents with ADHD. We’re developing game-based technology and programs to try and improve and build on those cognitive skills.

Cannabis is regularly being used by individuals to help treat ADHD. This seems to follow the increasingly popular perception that cannabis is a therapeutic for ADHD. Anecdotal evidence suggests that cannabis may be helping some ADHD patients.

There are substances in cannabis, like THC, that lead to the production of more dopamine.

That being said, the scientific evidence is limited.

Tell us about CBD as a treatment for ADHD?

There have been very few studies that have looked at the use of CBD for ADHD. In particular, there are limited studies that determine whether this type of treatment promotes any greater positive benefits than either traditional treatment or no treatment at all.

Results pilot randomised control trial of 30 adults with ADHD who used CBD indicated that for those adults who used CBD, there wasn’t a significant benefit in their cognitive performance. They did however see a small reduction in hyperactivity and impulsivity.

Unfortunately, in their final results, those improvements weren’t found to be significant enough to make a conclusion. Also, due to the very small sample size, it’s very hard to make assertions as to whether CBD offers any benefits for individuals with ADHD. We need more research in this area.

Tell us about THC as a treatment for ADHD?

There is also very limited information on THC for ADHD treatment.

There is some initial research that looks at the impact of THC on neurotransmitters. A study published in 2017 indicated that THC boosted short term dopamine levels. This is important in ADHD because some individuals with ADHD have reduced dopamine levels. As mentioned, this is the target of stimulant medication traditionally used to treat ADHD.

But, there is also some evidence that THC might dull that neurotransmitter in the long term which is not good.

It’s really important that we get more information about cannabis as a potential intervention both in the short and longer-term.

Are there any side effects specific to cannabis and ADHD?

There are some side effects and general concerns that you should be aware of when talking about cannabis for ADHD.

One of those is cannabis dependence. There is a concern that individuals will develop a reliance on cannabis. This is commonplace across a lot of different types of medications. Patients can build up a tolerance to medication after using it for a prolonged period of time and begin to rely on it.

This doesn’t necessarily mean addiction, however, patients who do develop dependence can experience negative side effects when they’re trying to reduce dosage or withdrawal from that type of medication.

Another thing to be aware of is that individuals with ADHD are statistically more likely to partake in substance abuse, things like alcohol and other recreational drug use. It’s important to take this information into account when looking at medical treatments.

What does the research say about cannabis treating ADHD?

As a recap, there’s a scarcity of research into the use of cannabis for ADHD. A lot of what we have is either anecdotal evidence or trials that look at the mechanism by which cannabis might offer benefits within this population.

Study: Perception Of Cannabis As A Treatment

One study looked at discussion threads to understand the perception of individuals with ADHD in relation to cannabis. The study reported that 25% of people believe that cannabis had a positive role to play in ADHD symptom management.

A large systematic review that was published in 2019 in the Lancet of Psychiatry indicated that there is scarce evidence to suggest that Cannabis could improve ADHD in adults. It’s also important to know that only one randomized controlled trial assessing the effects of cannabis as a therapeutic for ADHD has been conducted.

What about research specific to cannabis and kids with ADHD?

There is no research that looks at cannabis as an intervention for children with ADHD. There are suggestions that the negative side effects might be greater in children than they are in adults. This is because we know that a child’s brain is still undergoing rapid development. We need to be extremely cautious when introducing anything that might have a negative impact on their brain development.

While there is anecdotal evidence cannabis is helping some kids with ADHD, more studies need to be conducted within this area, and caution needs to be taken.

Is medical cannabis prescribed for ADHD in Australia?

Medical cannabis has been prescribed and approved by the TGA for individuals with ADHD. In many cases the doctor will apply for symptoms associated with ADHD rather than ADHD directly. For patients under the age of 16, where the medication will contain THC, you’ll likely need endorsement from a specialist to get TGA approval.

There are known cases of cannabis being approved for ADHD treatment in Australia. When applying for medicinal cannabis for a child with ADHD, you may need to provide a higher standard of medical evidence or endorsement from a specialist.

If you believe cannabis may be the right treatment for you or your child, please do your research and consult your healthcare professional.

The team at the Turner Institute for Brain and Mental Health at Monash University is developing new cognitive training tools to try and improve certain skills in individuals with ADHD. The team is looking for 100 teenagers (aged 13-17 years) with ADHD to participate in a trial of the Alfi Virtual Reality program.

Alfi, uses Virtual Reality (VR) to create a novel and engaging platform for teenagers to practice cognitive skills that are associated with impulsivity and inattention. 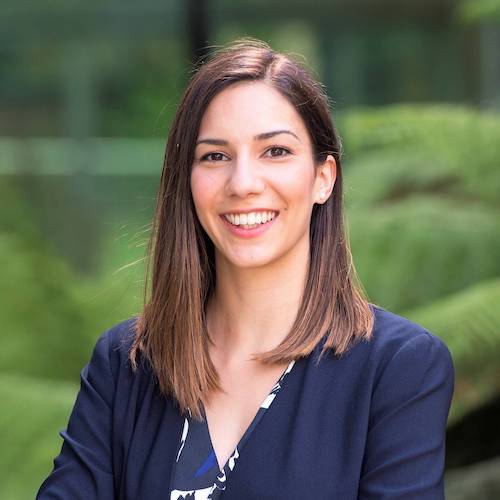 Dr Hannah Kirk is a Developmental Neuroscientist and National Health and Medical Research Council (NHMRC) Early Career Research Fellow in the Turner Institute for Brain and Mental Health, at Monash University. She holds a Bachelor of Science with honours in Psychology from Newcastle University (UK) and a PhD in Psychological Sciences from Monash University.

The team at honahlee are not doctors. Neither Hannah Kirk nor the honahlee team are recommending the use of marijuana for medical or adult use purposes. Cannabis, as a medicine, does not work for everyone and may have negative side effects. In Australia, medical marijuana is regulated by the TGA. If you think cannabis is right for you, please consult with your doctor or specialist.