Learn about the MCAID cannabis and driving study for chronic pain patients living in Victoria, Australia.

If you’re a medicinal cannabis patient or prospective patient, the cannabis and drug driving laws are a critical topic to be on top of. In Australia, it’s illegal to drive with THC in your system in all states and territories, except for Tasmania. In Tassie, there’s a medical exemption for individuals who test positive but have a prescription. “THC in your system” is defined as a roadside mouth swab testing positive for THC.

This is an issue because there is no correlation between testing positive for THC and impairment. The only way to see changes in these discriminatory drug driving laws is through researchers capturing more information about how cannabis impacts driving ability.

Luckily there are people like Dr Tom Arkell, a psychopharmacologist and research fellow, who dedicate their lives to studying cannabis and its impact on driving. Tom explains the MCAID study being run at Swinburne University in Victoria in this article and accompanying interview. Here’s what the article covers:

Who is running the trial, and where is it located?

The trial is being run at The Center for Human Psycho-pharmacology at Swinburne University in Hawthorn, Victoria (Melbourne). The Department of Health & Human Services is funding the MCAID study that Swinburne’s team is running. While Swinburne is running a few cannabis and driving studies, this is the primary study being run.

What is the aim of the study?

The study aims to look at how treatment with medicinal cannabis affects cognitive performance when driving, over a period of time. It gets a baseline on individuals who have not started cannabis treatment and assesses these patients up until three months (12 weeks) into their treatment.

Most studies look at the acute effects of cannabis immediately after vaping or taking an oil, for example. In this study we’re interested in seeing how cannabis affects driving and cognition over the first few months of treatment.

The study will help determine whether it’s in the early stages of treatment, where the individual is getting used to the new medicine, where impairment might be the greatest. Then by testing the patient throughout the first three months, the study will see how the medication impacts the individual’s cognitive performance as the patient has found a stable dose.

Why is this trial important for cannabis patients worldwide?

The restrictions on driving are one of the biggest barriers for patients. It also creates challenges for health professionals who aren’t comfortable prescribing cannabis because of the driving laws.

The restrictions on driving are one of the biggest barriers for patients. It also creates challenges for health professionals who aren’t comfortable prescribing cannabis because of the driving laws.

The impact of cannabis on driving and how the laws reflect the science is one of the major cannabis topics worldwide. While some countries have laws that take the science into account and focus on impairment, limited research reflects cannabis’s impact on driving in real-world scenarios.

In Australia, most patients end up “giving up” their license if they take cannabis with even trace amounts of THC. While not a legal requirement, many patients stop driving out of fear.

The MCAID trial is one of the first steps in getting real-world evidence around what medicinal cannabis actually does to driving. Because the study looks at cannabis and driving over a long period of time and will assess effects on various delivery formats and doses, it should be a big step forward in the research.

The data that comes from this study will be able to be used by doctors, patients and policymakers to determine better guidelines around cannabis and drug driving.

How does the study work?

The team is looking for patients about to use medicinal cannabis for the first time. The goal is that new patients (or those who haven’t used cannabis in the last 30 days) do their first session with the research team between the time they see their doctor and when they take their first dose.

In the first session, the team will take baseline measures to show the patient’s driving skills and cognition before starting to use cannabis. Then, patients go back to Swinburne each month at one, two and three months.

On visits one, two and three, you’ll take your regular medicinal cannabis dose as prescribed by your doctor. You will then complete a series of tasks (including a driving simulation task and cognitive assessments) and questionnaires. You will also be required to provide oral fluid samples for the team to determine how much THC is present in your saliva.

This will give the research team a comprehensive picture of the patient’s driving cognitive and performance at the different stages of treatment.

What are the requirements for individuals to take part in the trial?

There is no restriction on product type. The product or products prescriber are at your doctor’s discretion. Dr Tom Arkell said, “That’s part of what we’re reviewing. It’s a naturalistic study where we are simply observing patients as they use the product the doctor would normally prescribe, exactly how they prescribe it.”

What are the costs to the patient, and is there remuneration?

The only cost to the patient is the patient’s time as the research participant. You won’t be allowed to drive to the study. However, there are reimbursements for travel in the total remuneration.

For completion of the study you receive $800. It’s broken down into:

Next steps for patients who want to be part of the trial.

Someone from the research team will be in touch. 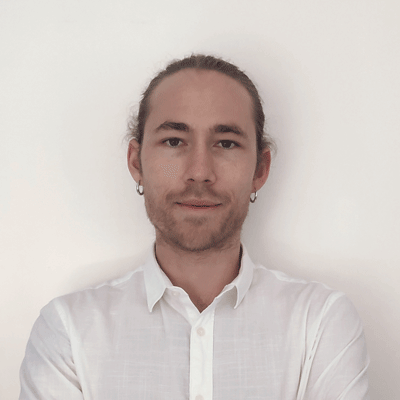 Thomas Arkell is a psychopharmacologist with a background in psychology and philosophy. He is fascinated with all things cannabis and has a broad interest in how psychoactive drugs affect human behaviour and cognition and our experience of the world around us.